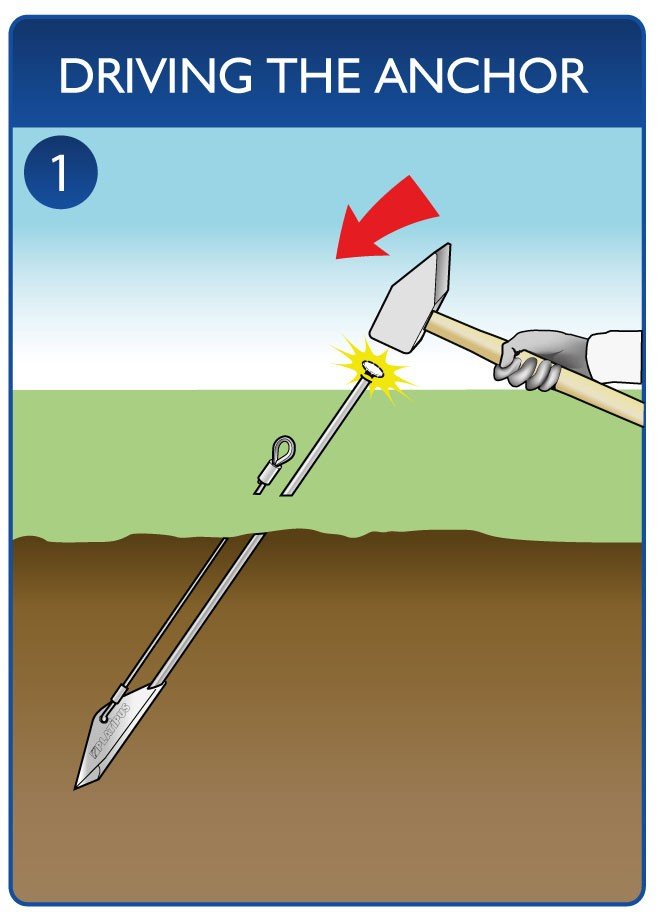 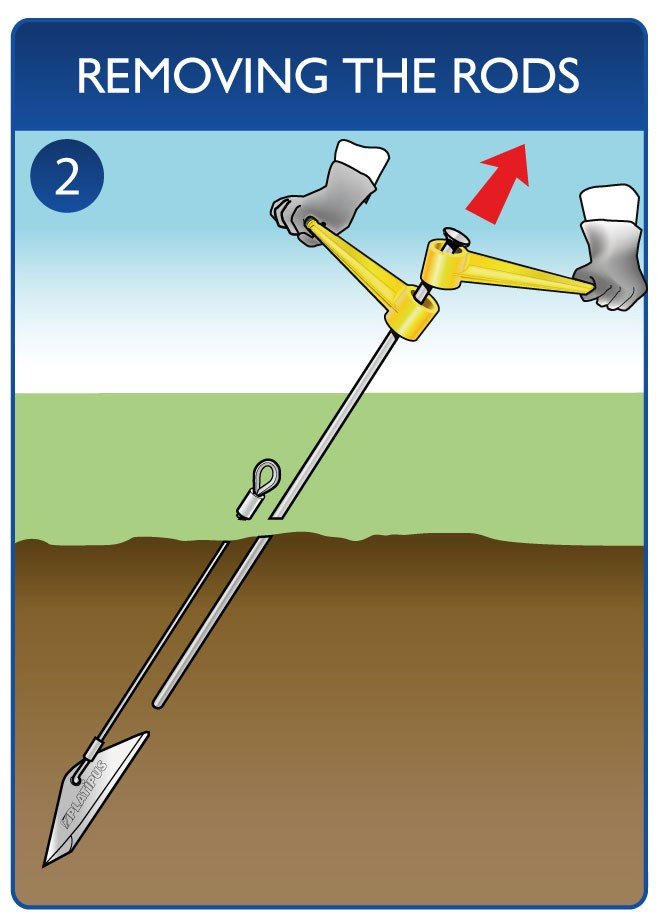 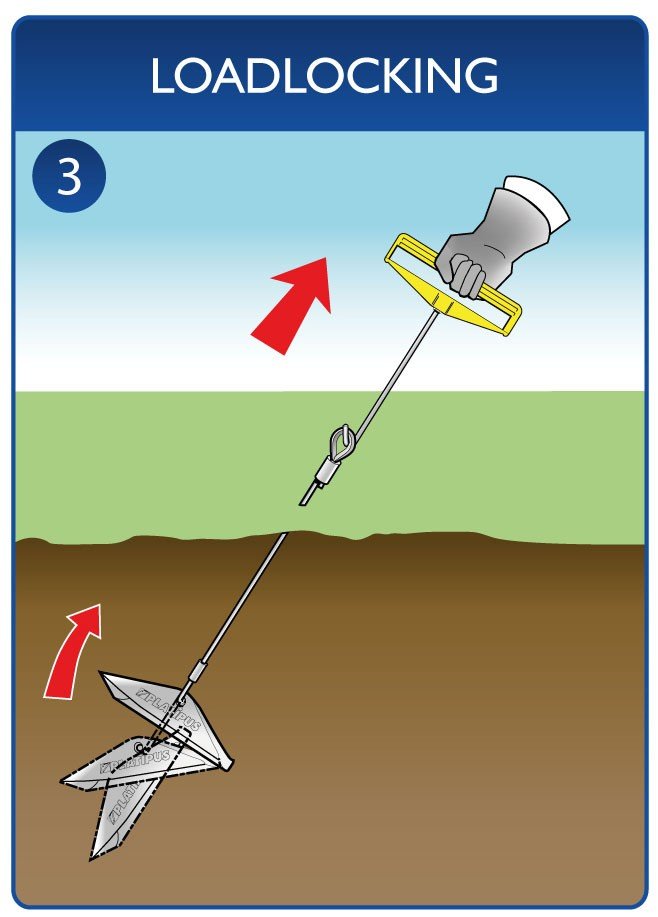 Loadlock – The first stage is where a load is applied to rotate the anchor into its loadlocked position. Elements of both load and extension are present.

Compaction & Load – The second stage is where the anchor system is generating a frustum of soil immediately in front of the anchor. At this point load normally increases with minimum extension. The soil type will affect the overall extension.

Bearing Capacity Failure – Caution: If the mechanical shear strength of the soil is exceeded, the residual load will decrease with continued extension as the anchor shears through the ground.